White, middle class adults are killing themselves deliberately and inadvertently, quickly and slowly.

How bad is a life without work? I have been asked this question a lot lately. It is becoming pretty clear that the forces of globalisation and technological progress are reshaping economies and societies, especially in advanced economies, and that these effects are being felt most right in the centre of the workforce — across the individuals and families that make up what Americans call the middle class. Lots of the traditional jobs for these people are disappearing in the rich world, and wages for remaining workers are pretty stagnant. 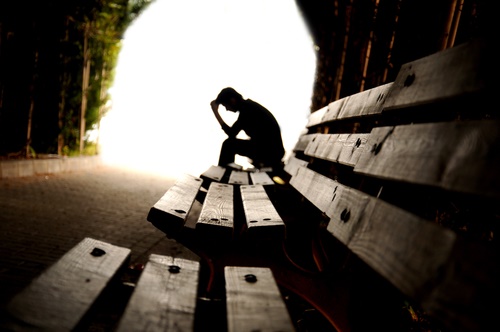 The fact that the middle class is being hollowed out in country after country is rightly of concern. A large, stable, prosperous middle class is important for civil society; most informed observers agree that it supports inclusiveness, tolerance, democracy and many other good things. It is also a great engine of overall demand for an economy — lots of moderately affluent households buy lots of things. But what happens when the industrial-era jobs that underpinned the middle class start to vanish? Voltaire offered a prescient caution, observing: “Work saves us from three great evils: boredom, vice and need.”

Of these three, I’m least worried about need. Trade and technological progress, after all, make a society wealthier in aggregate. The problem that they bring is not one of scarcity — of not enough to go around. Instead, they bring up thorny questions of allocation. Most of us earn money to buy the things we need via our work — what do we do when opportunities for work become scarce?

So to boredom and vice: how bad are they? How worried should we be about them? I sometimes hear the argument that we should not be worried at all. If we do not need people’s labour, the logic goes, why should we care what they do? Why should traditional notions of boredom and vice matter? If people want to drink, take drugs, engage in casual sex or play video games all day, where is the harm? These are not the most conventionally respectable or productive activities, but why should we let convention hold sway?

One reason for concern comes from research by the political scientist Charles Murray documenting how much social conditions have changed over the past 50 years for lower-middle class Americans (while remaining essentially unchanged for the upper-middle class). Divorce rates have skyrocketed, as have crime rates, the number of children being raised outside two-parent homes and the number of men who have essentially dropped out of family and community life.

If people want to drink, take drugs, engage in casual sex or play video games all day, where is the harm?

A recently published paper by 2015 Nobel Prize winner Angus Deaton and Anne Case reveals a much more alarming trend than social decay: while death rates for almost all American adults have dropped sharply in the past few decades, those of the least educated middle-aged whites have actually increased. They found that between 1999 and 2013 the death rates of this group rose by 134 per 100,000. This is a huge jump. As Mr Deaton writes: “Only HIV/Aids in contemporary times has done anything like this.”

What is causing this tragic spike? Professors Deaton and Case found that the majority of the rise could be attributed to three factors: suicide, chronic liver disease and cirrhosis, and alcohol and drug poisoning. The people in this socio-economic group, in other words, are killing themselves deliberately and inadvertently, quickly and slowly.

Much more research is required to understand the causes of this development. But I do not think the employment woes of this group are incidental to the story; I think they are central to it, and that it is far from a coincidence that the employment-population ratio for US adults with no more than a high school degree was less than 52 per cent in September. The boredom and vice that come when work goes away are a serious public health problem.

Intriguingly, Profs Deaton and Case find that Hispanic and black Americans have not seen the same recent mortality increases. This could be because they have been more economically marginalised, and so less accustomed to the steady middle-class jobs that whites have enjoyed, but that are now vanishing for the least educated among them.

This is far from the whole story. But it seems to me that Voltaire’s first two great evils are starting to show up in the social and health statistics, and we should all be concerned about that.